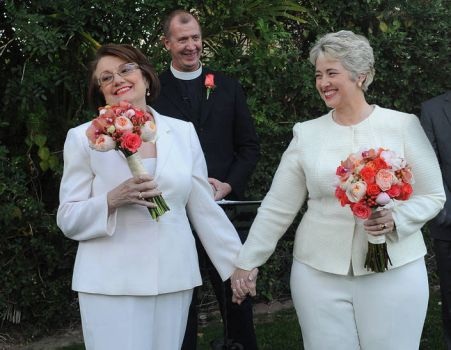 For two decades, since Steven Hotze pushed Betsy Lake out as chairman of the Harris County GOP, religious activists locally and nationally have pushed the Republican Party into indefensible, bigoted, and ultimately futile stands on a whole series of “culture” issues that mean a great deal to them and matter little or none to anyone else. The effort has run the party’s once-powerful center-right, business-friendly coalition onto the rocks, completely alienating a younger generation, ending the party’s relevance in urban areas and the north, and saddling an otherwise attractive commercial agenda with nearly impossible baggage.

What have these religious fundamentalists accomplished for all the damage they’ve done?

The Mayor of Texas largest and most important city is now married to her longtime, same-sex partner. Same-sex marriage is now legal in Utah and Oklahoma. In short, the Religious Right has accomplished none of their ridiculous and embarrassing goals while turning the GOP into the Party of Bigoted Jerks.

What is the Harris County GOP doing about it now? Suing the city over same-sex spousal benefits. The Party’s leading Imam, Jared Woodfill, issued the following fatwa this week:

“Why does she wait to get married in another state after the election? Why does she give same-sex benefits to couples married in other states after the election?” Woodfill said. “This is a mayor who is bringing California and New York values to Texas, and these are values Texans don’t subscribe to. Texans have defined their position on marriage in the form of a constitutional amendment.”

It was a mistake to build an agenda around these issues in the first place. It is utterly idiotic to double down on them as they continue to fail. Someone has to take Republicans’ feet off the pedal of the culture wars before we drive this bus off a cliff.

Congratulations Mayor Parker. I’m sorry it took me and so many other Americans so long to recognize what you and others were experiencing. Best wishes.