Revenge of the Reality-Based Community 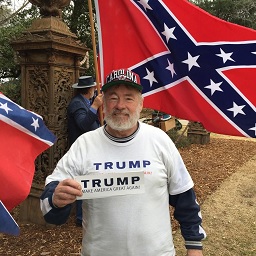 “I beheld the wretch — the miserable monster whom I had created.”
Dr. Frankenstein

Early in the second Bush Administration, even before the 9/11 attacks, reporters began to describe a strange pattern of delusion among aides and advisors. Any expression of doubt or dissent was punished. Loyalty was valued far beyond talent or effectiveness. Inconvenient facts were brushed aside with reference to hollow talking points. It seemed that a commitment to ideological purity had replaced any concern for results.

Wrestling with the bedlam of modern Republican politics, commentators are asking what went wrong. Who led the Republican Party into this fever swamp of fear and delusion? Was it the Tea Party? Should we blame Sarah Palin? Did the media create Donald Trump? This is not a recent phenomenon. Fantasy agendas that are tearing the party apart in this election cycle were already in full-flower fifteen years ago, guiding the Bush Administration from one bizarre catastrophe to the next.

Getting to the core of this problem requires us to examine dark compromises forged over generations and concealed in determined denial. Only by rethinking the terms of the party’s late-20th century resurgence can we build an organization capable of governing. Changing course will require a redefinition of a Republican identity, a process that the party might not survive.

When Karl Rove in 2002 mocked the impotence of the “reality-based community,” he was describing a new, fully mature Republican strategy. As insane as it sounds, there was a powerful logic at work in Rove’s philosophy. Any understanding of the party’s present trouble must square with this quote:

Rove derided those who “believe that solutions emerge from your judicious study of discernible reality. That’s not the way the world really works anymore. We’re an empire now, and when we act, we create our own reality. And while you’re studying that reality — judiciously, as you will — we’ll act again, creating other new realities, which you can study too, and that’s how things will sort out. We’re history’s actors . . . and you, all of you, will be left to just study what we do.”

The icing on this rhetorical cupcake was Rove’s refusal to even acknowledge what he’d said, followed by a sustained attack on the journalist who reported it. Reality, if it challenges ideological purity, is treason. Reality, in that way of thinking, is a mere construct that belongs to the winners. Those who concern themselves with accuracy, who allow themselves to be constrained by empirical measures, are history’s losers. They are destined to be forgotten, obscured in the shadow of The Great Men.

Anyone familiar with Republican figures from the 70’s or 80’s would be shocked by this kind of talk, so where did it come from? How did a party of pragmatic, almost frustratingly prudent men and women descend into calculated delusion?

It started with a compromise designed to reconcile the Party of Lincoln with the fiercest defenders of Jim Crow. It started with a decision to reorient the Republican Party on religious grounds.

Republicans in the last third of the 20th century faced an opportunity paired with a problem. Since Truman’s decision in 1948 to desegregate the military, Democrats had gradually been alienating Southern racial conservatives. By the seventies, high-level defections of Democrats in the South had begun, but there was still no Republican grassroots infrastructure in the South to support them.

Southern states have never in their history supported a two-party system. Unless Republicans could find a way to flip the entire Southern political infrastructure, the handful of Republican Congressmen and Senators in the South would continue to function as independents.

A party built on commerce, trade, and professional interests, a party of enthusiastic capitalists could stir no emotional energy in the conservative South. An attempt to recruit white Southerners with open racial bigotry was impossible. Whatever latent racism the GOP held was no more pronounced that what existed on the Democratic side. It was neither welcomed nor cultivated. More importantly, by that time explicit white supremacy had become politically toxic. An emotionally compelling appeal to the fears of racial conservatives would have to be delivered by proxy, veiled behind parallel rhetoric.

Nixon tried to use crime as a rhetorical proxy for racial fear with some minor success. Others experimented with fiscal policy or anti-feminist demagoguery with little effect. For all the talk of a “Southern Strategy,” no effort conceived by Republican insiders to flip the South ever made any headway. Republicans had too little understanding of the culture to make gains. Only an invasion by fleeing Dixiecrats could change the map.

Our breakthrough happened when religious fundamentalists in the South organized their resistance to the Carter Administration’s campaign to desegregate private religious schools. Televangelist Jerry Falwell’s Moral Majority was the first successful effort to recruit Southern racial conservatives to the Republican Party. Behind a cloak of religion, they could finally activate white nationalists without talking about race.

The GOP already contained a small but vocal bloc of voters motivated by religious issues. Republicans tolerated them with patient derision, confident that their occasionally loony activism could be dismissed with a bit of harmless pandering. Efforts by TV preachers to move their viewers into the Republican Party changed the balance of power inside the GOP. Now a Republican candidate could say a few nice things about prayer and God and utter the word ‘Jesus’ and suddenly whole new regions of the country were open to recruitment. Republicans all over the country who resisted religious appeals were now on the defensive.

Appeals to religious fundamentalism offered a tailor-made smokescreen, a rhetorical shield behind which the battle over white supremacy could continue to be waged. Religion, after all, is culture. What whites all over the country feared most in the demise of Southern segregation was the end of their cultural supremacy. This was and is far more than a sentimental attachment, far more than mere bigotry. White cultural and political dominance was the key to well-being for many, especially at lower income tiers.

Ending school prayers to Jesus meant an end to something far more politically significant than faith. When “Happy Holidays” replaces “Merry Christmas” there is more at stake than religion. A monolithic public culture built around a dominant white racial identity was disappearing. Along with it a whole collection of quiet preferences that gave whites unique access to jobs, education, housing and political influence were eroding away.

When millions of Southern whites frightened by desegregation pivoted into the Party of Lincoln, something had to give. This marriage between Southern racial conservatives and America’s party of commerce and trade could only be sustained through a collective commitment to delusion.

Older Republicans from the party’s traditional commercial wing pretended that nothing about the party had changed. They convinced themselves that they had simply prevailed in a long ideological struggle that brought millions of new adherents suddenly into the party. One by one, they were eventually overwhelmed by the forces they unleashed and refused to acknowledge.

Meanwhile, racial conservatives pretended that their “culture war” was about communism, or socialism, or strangely enough even a love of capitalism (which they mostly despised). And above it all sat the most bizarrely delusional fantasy of all – the insistence that none of this had ever happened.

To this day, Republicans will uniformly insist that the flight of the Dixiecrats never occurred. Never mind that cavalcade of characters from Strom Thurmond to Phil Gramm to Rick Perry and crazy Judge Roy Moore. The great migration of southern racial conservatives from the Democrats to the Republicans is, to their insistence, a mere myth.

Leveraging religious fundamentalism as a political force created consequences beyond mere rhetoric. Central to this worldview was a denial of Enlightenment ideas about the foundational value of science and data. Coupled with the wider decline of social capital institutions that once filtered the crazy from our political system, this uncoupling of ideology from empirical results unleashed a monster. A smokescreen of religious fundamentalism allowed Republicans to recruit racial conservatives in the South, but expansion came at a cost. With facts discredited, no force could contain the wave of crazy that broke across the party of prudent, intellectual conservatism.

By the second Bush Administration, the Republican Party was an entire political infrastructure premised on fantasies. Those who carefully indulged and protected those fantasies were rewarded. Figures who foolishly pointed out the fantasies were derided, punished, and pressed into political exile.

A political agenda built on delusions created the same quality of outcomes one would expect from drunk driving. However, political consequences are slow to manifest. The connection between policies and outcomes can be obscured by marketing.

Put another way, we experienced all of the obvious consequences from our new policy priorities. Meanwhile Republicans worked harder and harder to protect the delusions that held the party together. Failure inspired an aggressive backlash against doubters. Disasters led to repeated doubling down on policies that produced them. Locked in a cycle of delusion necessary to preserve the party’s power, Republicans resolved to respond to the last crisis with even more committed dissociation.

Instead of a reckoning or reconsideration, failure spawned ever more vociferous insistence on ideological purity. Fanatical purges of ‘establishment’ figures who dared to suggest restraint came in tighter and tighter cycles.

One of the party’s reviled dissidents, Bruce Bartlett, summarized this mindset more than a decade ago in comments about George W. Bush:

“This is why George W. Bush is so clear-eyed about Al Qaeda and the Islamic fundamentalist enemy…They can’t be persuaded, that they’re extremists, driven by a dark vision. He understands them, because he’s just like them. . . .

“Absolute faith like that overwhelms a need for analysis. The whole thing about faith is to believe things for which there is no empirical evidence. But you can’t run the world on faith.”

Facts are always elusive in politics, but they remain unalterable and non-negotiable. They may be misrepresented, distorted, or suppressed, but they never go away. Lies are fast and facts are slow, but what we borrow in the space between deception and reckoning will always be repaid with terrible interest.

The Republican Party chose to embrace an entire platform of fiction to protect an unstable coalition too brittle to bend and too dear to abandon. Simply put, our modern Republican alignment comes from our effort to recruit white supremacists. Our dissociation from the world of empirical reality rises from the ideology we adopted to obscure that compromise.

Race may not be the most important issue in American life, but it is the keystone of Republican politics. Reagan once said “There are no easy answers, but there are simple answers.” Republicans face a simple answer that is also brutally difficult. Reckon with the ghosts of our 20th century racial compromise and we can perhaps build a more sustainable future. Continue to ignore that tumor and the cancer will spread.

This is the revenge of the reality based community in a nutshell. We will either be what we were created to be – the Party of Lincoln – or we will soon cease to exist. We will pay our debt to reality, or we will be left helpless in the hands of the monster we created.

282 comments on “Revenge of the Reality-Based Community”