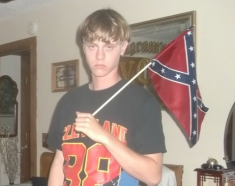 “Although I’m certain that no politician or terror expert would agree, I suspect that this kind of chronic low-level terrorism may be a permanent feature of metropolitan life.”
Author, Michael Mewshaw

An explosion rips through a bus on a highway. Several off-duty soldiers are onboard, but the dead include civilians, many of them women and children. A badly wounded driver successfully brings the careening vehicle to a stop, saving the lives of dozens of other wounded survivors.

That’s the only available information. Is it terrorism?

Our answer carries enormous weight. Terrorism can transcend the boundary between crime and war. When an organization launches otherwise criminal acts toward a political end, dealing with them effectively may require resources and tactics that extend beyond the capabilities of law enforcement. In fact, a well-organized campaign of terror would generally include attacks on police targets sufficient to weaken their capacity to respond.

Once the public is persuaded that a perpetrator is engaged in terrorism, political leaders enjoy a remarkably free hand to respond. That usually includes a burst of public support for whatever group or cause was allegedly targeted, and the de-legitimation of the assumed perpetrators. A classic terrorist campaign intentionally elicits this response.

In a campaign of terrorism, acts of shocking violence are intended to create a cleaving effect in society. An overreaction by the targeted group against innocents who share some ethnic or class tie with the terrorists pulls otherwise comfortable or indifferent civilians off the sidelines and into the fray. Terrorism is designed to provoke an enemy into foolish choices, undermining itself at little cost to the attacker.

Complicating our response is a strange problem, an emerging feature of our globalized world. Terrorism has evolved in an odd direction. Much of what passes for terrorism, or even claims to be terrorism, is nothing more than window dressing for murder. Those crimes sometimes coalesce around a semi-definable goal, but they are missing any coherent political dimension. Responding to this climate in a manner befitting a targeted terror campaign will lead to mistakes, sometimes deadly and enormously costly. And it won’t work.

According to federal law, terrorism:

(i) to intimidate or coerce a civilian population;

(ii) to influence the policy of a government by intimidation or coercion; or

(iii) to affect the conduct of a government by mass destruction, assassination. or kidnapping

Should this definition apply to a lone perpetrator? What if the terrorist was insane and his “cause” was imagined? Our official definition of terrorism was expanded under the Patriot Act in response to the 9/11 attacks, specifically to extend their coverage to domestic activities. However, the reasoning behind this definition goes back to a much older model of terrorism, one that is virtually extinct.

Let’s return to the incident described in the first paragraph. That bus bombing was carried out in 1974 by Irish Catholics, killing 11 people and wounding another 50. It was the IRA’s first major terror attack in England. The M62 attack launched a new, far more deadly phase in the IRA’s campaign for a unified, Catholic Ireland. For the next three decades the organization would move away from guerilla attacks on British military targets in Ireland, concentrating more and more on a campaign of indiscriminate civilian slaughter inside England.

It is important to remember that throughout this period Northern Irish Republicans were an organized political force, maintaining an official political party, Sein Fein. While the IRA waged a violent campaign of terrorism, Sein Fein consistently elected a member to the House of Commons. There was always a clear, coherent political objective behind the terrorist campaign. IRA murders carried a weight beyond criminal jurisprudence.

An international reconciliation effort launched by the Clinton Administration in the 1990’s eventually led Sein Fein and the IRA to renounce terrorism. Today Sein Fein is a legitimate political party partnering to sustain a tentative, but deepening calm in Northern Ireland.

Our understanding of the role and meaning of terrorism evolved under the nearly forgotten influence of the Irish Republican Army, the PLO, Baader-Meinhof, Black September, and the Red Brigades. Much of what we learned in dealing with that mode of terrorism has become an obstacle to sound policy today. Today, treating terrorism as an extension of politics is a mistake. By militarizing what is increasingly a criminal matter we are unleashing dangerous forces inside our political process and undermining our own interests abroad.

In that historic mode, terrorism was explicitly political. Though international, it enjoyed internal sponsorship and support, usually organized to abet the goals of an active, otherwise legitimate political party. People committing these acts might be sociopaths of some sort, but they were sociopaths with organization, leadership, and definable goals. Acts of extreme violence in pursuit of an authentic political purpose created a serious challenge to the rule of law too large for police alone to confront.

Contrast this older model of terrorism with what we see unfolding from the Middle East and the problem becomes clear. ISIS, like Al Qaida before it, is the opposite of a political movement. ISIS is what happens when a political system collapses.

All over the world, the nation-state system is facing pressure from a massive devolution of power away from traditional centers of authority. Where that system is otherwise healthy and vibrant the result has been a surge of personal liberty and new emphasis on human value. Where that system has been brittle and autocratic, central authority is fading away, often replaced by smaller mafia-style entities that control the remaining artifacts of government while chaos swallows provincial backwaters.

Violence in those places coopts whatever local cultural symbols are most familiar and fashionable. In Syria, that means Islam. One book describes the logic behind this violence, and it isn’t the Quran. Lord of Flies outlines in horrifying detail what happens to human beings when we are removed from the constraints of civilization.

So-called Islamic terrorism in the West has no political dimension. It is a spillover effect from chaos abroad, like Zika or Ebola. When a mass shooter in Orlando or San Bernardino claims to be killing for ISIS, does it make sense to treat this as an act of terror? In political terms, what’s the difference between a lone psycho killer shooting people for ISIS and a lone psycho killer shooting the President to impress Jodi Foster? Neither of these incidents call for the same response as the kidnapping and murder of the Italian Prime Minister by the Red Brigade. These are not related activities. They will not respond to the same tactics. The act reflects our own internal struggle with crime and chaos, not any political challenge or foreign influence.

Even when credible members of ISIS strike abroad, it is tough to determine any political implications. There is no ISIS political party in the West, nor will there ever be. There isn’t any such entity anywhere under the control of an organized government. Nothing similar to ISIS can be found among previous terrorist groups. To find a comparison we have to leave politics behind.

We hear very little about the violence engulfing Honduras, El Salvador, and Guatemala. However, the comparisons between ISIS and MS13 are impossible to ignore, from the shape of their violence to their absence of any coherent political objectives. As with MS13, violence not politics, is the center of their appeal. They are fueled by anarchy rather than ideology.

Neither of these organizations have negotiable political goals. Neither could be defeated, or even meaningfully challenged on a battlefield. There is no capital to capture, no head to sever, no strategy to disrupt. Kill every member, destroy every symbol, eliminate any semblance of structure. Fail to create some civilized order in the geography from which they emerged, and another version would emerge within weeks. They live in chaos and thrive when our ill-considered reactions spawn more chaos.

There is no more ideological consistency to Al Shabaab in Somalia than there is to the street gangs in abandoned corners of Chicago. Their relative scope is determined by their distance from organized authority. Despite garbled mission statements by ISIS and other groups none has any credible ambition to replace, reform, or even challenge our political order. We are props in their drama. We are not fighting an ideology. We are fighting chaos. Our response must evolve in response to this reality.

Is it terrorism? Without a definition relevant to modern circumstances, an answer is elusive. And the answer matters. Treating criminals as terrorists elevates them while undermining our counter-measures. Paranoia may be a more potent enemy than the terrorists we love to fear.