Home › Economics › The Cruel Myth of the ‘Gateway Job’

The Cruel Myth of the ‘Gateway Job’ 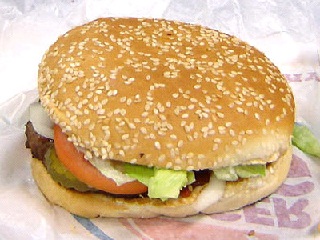 For conservatives, one of the central arguments against a minimum income or even a minimum wage is the notion that employment is a value in and of itself. Taking a low-paying job, no matter how menial or “dead-end” is supposed to be an exercise in character that builds self-worth and places a person on the ladder toward upward mobility. Therefore, anything that prevents someone from working is contributing to sloth and moral decay.

Perhaps it was true once. There really was a time in America when an unskilled, menial job could be a gateway to a rewarding career. One of the reasons CEO’s now earn 100’s of times more than their entry-level employees is that menial jobs have become a gateway to nowhere. In a knowledge economy, the on-ramp to post-middle class affluence is located in a place fewer and fewer people can reach.

Research is starting to demonstrate the nature of the problem. People who take low-wage, menial labor in service industries or fast food at any point in their careers tend to have depressed incomes throughout their lifetimes. If you ever work at Wendy’s, you have roughly a 5% chance of ever earning $70,000 a year. Working at Ford, by contrast, suggests a 50% chance of eventually earning a median income. Lousy jobs are a gateway to lousy jobs.

This matters because the myth of the gateway job is blocking policy choices that might open up greater access to opportunity and enable America to more productively develop our vast pool of human potential. Labor is not what it used to be. In a knowledge economy, labor is not strongly distinguished from capital. It can be developed, shaped, enhanced and turned into more than a zero-sum resource. Labor, paired with a great deal of personal investment, can actually be used to accumulate enough capital to one day live on. This requires time, determination and opportunity.

The logic behind this research outcome is relentless. Dropping into menial labor operates much like dropping out of school, limiting the potential to develop labor as capital. Accessing and remaining on the ladder toward higher earning careers requires the ability to support a long cycle of education and the economic freedom to make choices about what kinds of work to engage in.

Because we believe that work is a value in and of itself, we push people into the labor force too early, depriving them of the opportunity to learn how to do something that might reward them and enrich the economy as they proceed through life. We close off opportunities to convert labor to capital.

We end up with too many people trying (and failing) to go to college because it is the only path for which we offer any subsidies. Non-technical college graduates who developed critical skills like effective communication and a spectacular capacity to learn, end up tracked too soon into work that offers little chance to put their skills to work.

Most of them eventually find their way because the skills and networks developed in the college environment give them most of what they need to succeed in a knowledge economy. They will tend to pick up additional skills on their own as needed, because ultimately that’s what a degree in Philosophy or Medieval English Poetry delivers. College graduates earn more than high school graduates, even if they spent four years studying Feminist Literary Studies, because they developed the skills that open up a lifetime of ceaseless learning and adaptation.

This dynamic is far more damaging for those who might want to pursue careers in fields that require skilled industrial labor. In fact, it is in blue-collar jobs where the dynamic described in the research by Bright.com is brought to bear most cruelly.

No one walks off the grill at McDonalds to take their new as an underwater welder or aircraft mechanic. Developing the ability to compete for those kinds of jobs is time-consuming and expensive. If you do not have a family that can support you while you learn and some time or exposure to discover that these careers even exist, these options are out of reach.

Someone who takes that job at Home Depot or Wendy’s in order to support themselves is limiting their range of options for developing a more productive career. Front-line menial labor is supposed to create opportunities to climb the economic ladder, but they generally do not. More often than not, these jobs are a gateway to a lifetime of economic underachievement.

Some might look back on their own experiences to suggest the “lessons” learned from an early job became the key to later success. There may be a few elements of those experiences missing from the analysis.

Almost all of us beyond a certain age spent years doing menial work part-time, as an adjunct to something more important we were doing. Very few us, if we ever achieved much higher salaries in very successful careers, ever had to perform that work in order to survive or feed a family. If we did, whatever lessons we gained came at the cost of lost opportunities for higher paying careers that we may not even be aware of.

There’s a lot to learn from doing a menial job. Many of us can look back on poorly paid work that taught us crucial values. Or we could look back on years training for an academic or athletic competition that did exactly the same thing without sucking time and energy out of a career path. We may press our kids to experience menial labor to help develop grit and a greater awareness of the world, but we will work hard to keep those experiences from becoming necessary for their survival.

Affluent white kids on the construction site or behind the store counter are usually tourists. They are doing a blue-collar internship.

A shift away from the traditional safety net toward a form of minimum income offers a lot of benefits. One of the strongest criticisms of such a move, the fact that it would undermine the need to take menial work to survive, is actually one of its strengths. Pushing people too soon into menial work is as economically valuable as pushing twelve year olds into a coal mine. A shift toward a minimum income would not only streamline our government, it would improve economic opportunity in almost exactly the same way that a universal public education once did.

Our attachment to the supposedly ennobling value of menial labor is dysfunctional and frankly condescending. Many of the same voices who crow about the value of work go to great lengths to prevent their kids from falling into that trap. We should not let a myth about gateway jobs prevent us from opening up broader economic opportunity and better developing American talent in a brutally competitive global market.

96 comments on “The Cruel Myth of the ‘Gateway Job’”